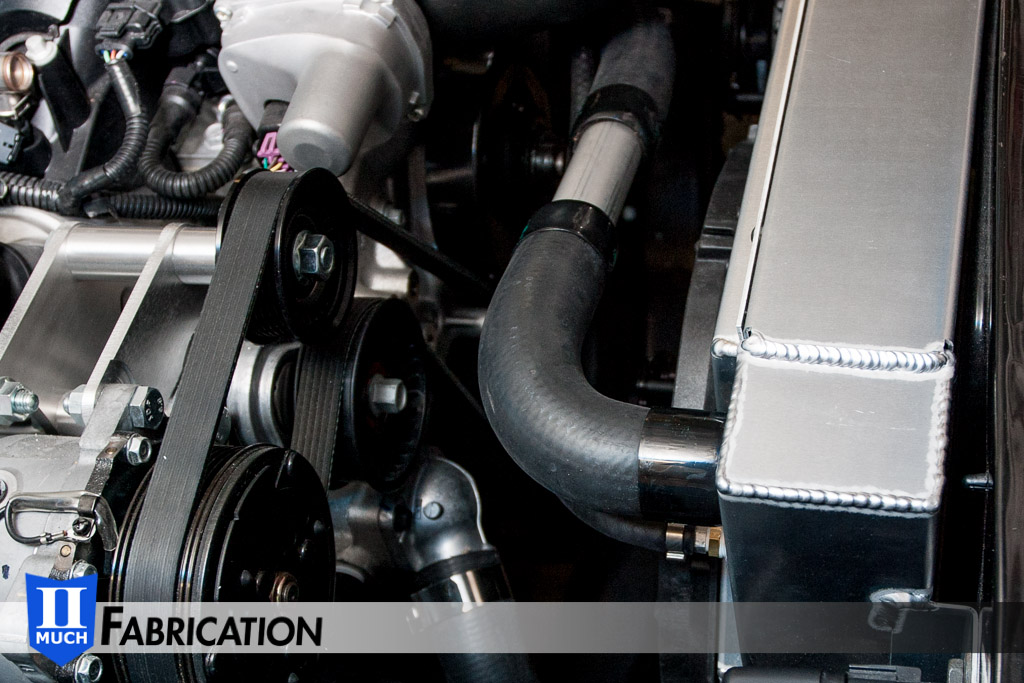 To make room for the MAF routing we’ve spliced in an aluminum tube into the upper radiator hose and sealed the assembly with the nearly magical Gates heat shrink clamps.

We’re in the process of sealing up the cooling system of the Tommy Camaro  with a variety of clamps —  none of which are the typical hardware store worm drive type. The most obvious and interesting clamp is the Gates heat shrink product which holds the upper radiator hose together. Given the multi part nature of the upper hose, traditional clamps would have been an unattractive bristled mess of stainless steel. The Gates clamps look way cleaner and outperform the old school alternative.

The Gates clamps are installed with a heat gun just like electrical heat shrink tubing and seal better than ordinary metal worm drive clamps because they are wider,  clamp tighter, don’t dig into the rubber hose, and the heat of the radiator fluid keeps helps them tight. The Gates clamps aren’t reusable, because they have to be cut off,  but the cleaner look and improved sealing properties are worth the cost.

Looking at the lower center of the picture above,  the lower radiator hose is temporarily secured with a stainless steel t-clamp, which is  superior to the typical hardware store  clamp as it’s wider and doesn’t have the cutouts for the worm drive that distort the hose. We’ll eventually swap this clamp for the Gates clamp once we have all the hose routing sorted out but it but it won’t booger up the hoses while we’re playing with the routing.  Finally, there’s another  clamp in the photo, and that’s the Oetiker clamp holding the steam tube hose on the radiator just below the upper radiator hose clamp. The Oeticker is a  stainless steel clamp that uses special pliers to secure it. While  not reusable they have an attractive OEM look and easy to install and remove with the special Oetiker pliers shown in the photo below. While it might seem hard to get excited about hose clamps, it’s this attention to detail that makes for a more reliable and attractive car build. 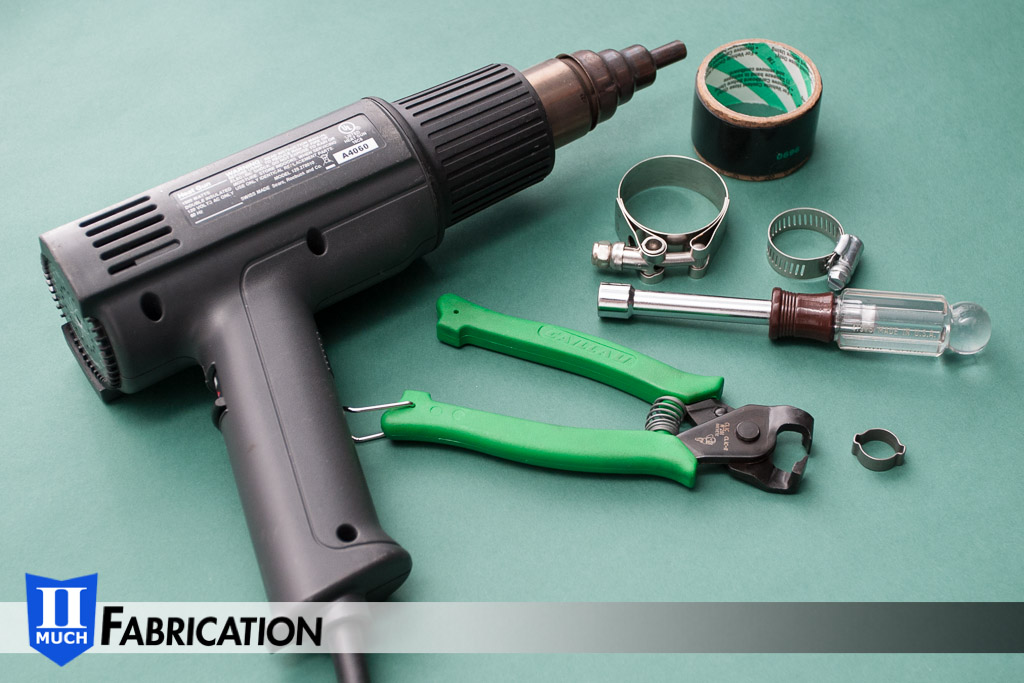